SEOUL, May 10 (Yonhap) -- President Moon Jae-in's pick for chief of staff is a former student activist reputed to have wide personal connections and good coordination skills.

Im Jong-seok, 51, was at the forefront of the student-led pro-democracy movement in the 1980s and headed the country's university student organization in 1989.

He became famous for leading the organization of an unauthorized visit to North Korea by fellow student activist Lim Soo-kyung that year, and later served 3 and a half years in jail for the trip. South Koreans are not allowed to visit North Korea unless they receive prior permission from the government. Lim visited Pyongyang to represent the South in a students' festival there.

In 2000, Im entered politics by joining the then Millennium Democratic Party along with several other members of the student organization, including Woo Sang-ho, the current floor leader of the ruling Democratic Party.

He won a parliamentary seat in Seoul that year, becoming the youngest lawmaker at 34. In 2004, under the liberal Roh Moo-hyun administration, he won re-election.

Im has served in various roles in party politics. He came under a prosecution investigation on suspicion of taking illegal political funds from a bank but was later cleared by the Supreme Court.

In 2014, Im joined the government of Seoul Mayor Park Won-soon as vice mayor for political affairs, and late last year, accepted Moon's request to join his campaign. He assisted Moon throughout the presidential primary and election as the chief of staff.

Im reportedly won Moon's confidence with his amiable character and skilled coordination between the candidate and the camp. He also contributed to recruiting members to join Moon's election campaign.

Im is married with one daughter. 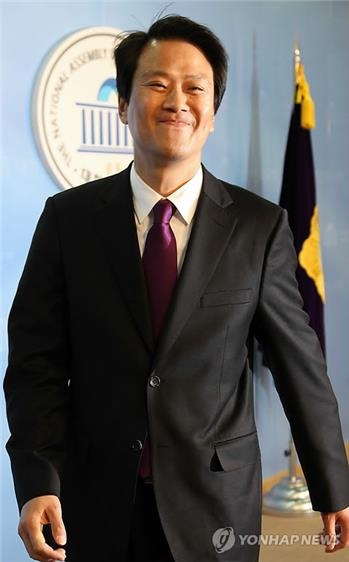