Ransomware refers to malware that infects files in a computer until victims pay a certain amount of money to hackers. The latest ransomware, called WannaCry, first surfaced last week, damaging some 200,000 computers in 150 countries around the globe.

A company official said its movies are still running as scheduled, and the company is currently investigating the case.

"Movies are played by a separate server," the official said. "We plan to normalize the situation as soon as possible.

Experts said computer users are advised to take extra caution as there are estimated to be some 280 different variants of WannaCry that incapacitate existing kill switches, or safety mechanisms against ransomware.

"The number of new types of ransomware based on WannaCry is quickly increasing," an official from Hauri Inc., a local security firm, said, advising users to update their security programs.

Five South Korean firms have claimed that their computers have been damaged by the ransomware, according to the Korea Internet & Security Agency.

Experts added that small and medium-sized firms which still use older editions of Microsoft Windows systems, such as Windows XP, are more vulnerable to ransomware attacks. 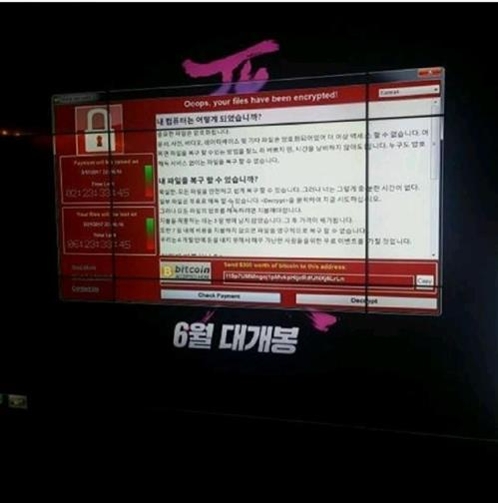