The video reached the milestone at 10 a.m., 215 days after it was uploaded on the global video-sharing service, JYP Entertainment said, adding that TWICE became the first K-pop female act to achieve the record.

"TT" is the lead track off the group's third EP "TWICEcoaster:LANE1."

On Saturday, "Knock Knock" became the fourth TWICE song to garner more than 100 million views after its debut single "Like OOH-AHH," "Cheer Up" and "TT." 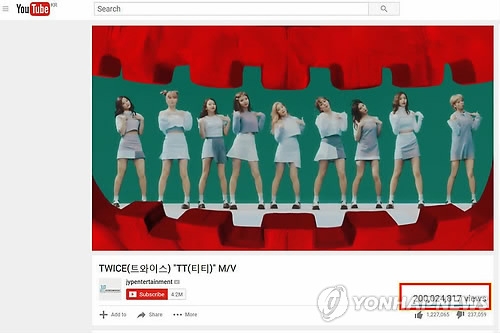