WASHINGTON, May 31 (Yonhap) -- This week's successful ICBM intercept test by the United States sends a clear message to North Korea that the U.S. is capable of shooting down any oncoming missile from the communist nation, a senator said Wednesday.

"This test clearly demonstrates to our adversaries that our homeland missile defense system remains on track to defend our country. Today is an important day for our nation's missile defenders, our scientists and engineers, and the American people," Sen. Dan Sullivan (R-AK) said in a statement.

"This successful intercept test of an ICBM-like target sends a clear message to the unstable dictator in North Korea that the U.S. Ballistic Missile Defense System can and will shoot down any ballistic missile threat that endangers the American people," he said.

Tuesday's test, which took place over the Pacific, came after a series of successful missile tests by North Korea that demonstrated steady progress in its pursuit of various types of missiles, including a nuclear-tipped ICBM capable of reaching the U.S.

It was the first live-fire test against an ICBM-class target for the U.S. ballistic missile defense system.

During the test, an ICBM-class target was fired from the Ronald Reagan Ballistic Missile Defense Test Site in the Marshall Islands and a ground-based interceptor was launched from Vandenberg Air Force Base, California, and its exo-atmospheric kill vehicle "intercepted and destroyed the target in a direct collision," the Pentagon said.

"While I am thankful this test was a success and I look forward to the emplacement of the remaining GBIs (ground-based interceptors) at Fort Greely, we need to do more to ensure that our missile defense system continues to advance ahead of the rapidly increasing North Korean threat," Sullivan said.

Earlier this month, the senator introduced a bill calling for adding an additional 28 Ground-Based Interceptors in Alaska and California to better defend against North Korea in addition to the 30 GBIs already in place and 14 more set to be installed by the end of the year. 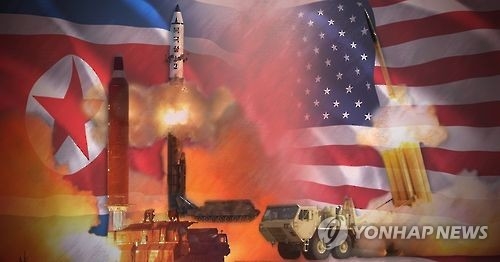