WASHINGTON, May 31 (Yonhap) -- The successful shootdown of an intercontinental ballistic missile target in this week's interceptor test shows the United States can "outpace" foreign missile threats through 2020, the U.S. missile defense agency chief was quoted as saying Wednesday.

The Pentagon carried out the interceptor test over the Pacific Ocean on Tuesday, in which an ICBM-class target was fired from a site in the Marshall Islands and a ground-based interceptor was launched from Vandenberg Air Force Base, California, to intercept and destroy the target.

Vice Admiral Jim Syring, director of the Missile Defense Agency (MDA), said that the interceptor test this week "helps us outpace the threat through 2020," according to the Hill.

"I was confident before the test that we had the capability to defeat any threat that they would throw at us. And I'm even more confident today after seeing the intercept test yesterday that we continue to be on that course," Syring was quoted as saying during a media briefing at the Pentagon.

Syring said initial results from the test indicate that the interceptor and ICBM was "a direct hit, a complete obliteration," but added that his agency will analyze the data over the next 30 days.

The official also said that the Pentagon is planning another test for August or September 2018 that will feature one target and two interceptors. The test is the "the next step to not only improving reliability but improving performance against the evolving threat," Syring said. 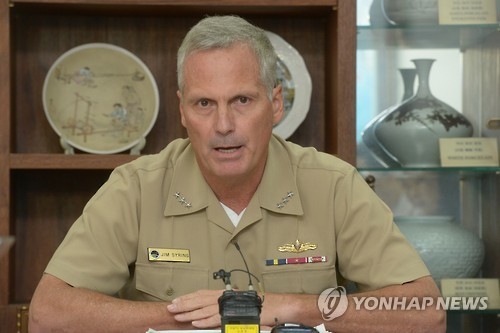