The report showed that 34.4 percent of the firefighters showed some symptoms of the disease, the report by the National Center for Mental Health said. The report was based on a survey conducted on 212 firefighters with an average age of 41.4.

PTSD occurs when a person is exposed to traumatic events and represents symptoms that include depression, anxiety and insomnia. These symptoms can also occur up to three months after the experiences.

The report showed that a firefighter experienced or witnessed an average of two traumatic incidents every year.

PTSD has been studied extensively among other jobs, including war veterans, however, there has been a lack of research for civilians, such as firefighters, the report said.

"The result of the survey showed that traumatic experiences related to co-workers or other indirect experiences increase the risk of triggering PTSD," said Shim Min-young, a psychologist in charge of the report, urging more psychological support for the firefighters.

The report was published in the latest edition of the Journal of Traumatic Stress. 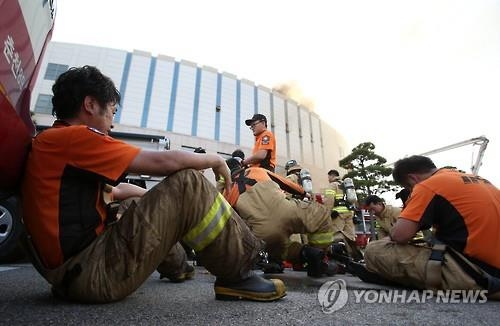 1 in 3 firefighters suffer from PTSD: report

1 in 3 firefighters suffer from PTSD: report