According to the report by market researcher DMC Media, 68.8 percent of the users were satisfied with using financial services via mobile platforms but have worried over personal data leakage. The report was based on a survey conducted on 291 users in April.

The survey showed that 88 percent of the adults had used some sort of mobile payment tool in the past six months, up 8.8 percent from a survey conducted a year earlier.

"Mobile payment platforms -- which suffered some difficulties in the market in the beginning due to an unfamiliar payment method -- have now became mainstream in everyday lives," DMC said in a report. "Concerns over personal security are still a big challenge that needs to be solved."

In an aim to meet the rising demand, big name local tech firms, including LG Electronics Inc, have recently launched their own mobile payment tools. 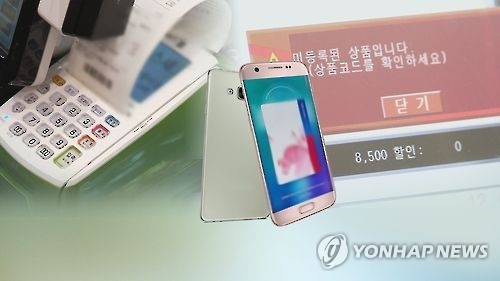