SEOUL, June 1 (Yonhap) -- Seoul will provide free public transportation during commuting hours when the fine dust level goes beyond certain levels starting next month, as part of its efforts to curb air pollution.

The Seoul Metropolitan Government said Thursday the rush-hour fare exemptions for bus and subway passengers will be introduced to encourage half of commuters driving to work to voluntarily leave their cars at home based on odd-even number plates.

The new program will take effect from July when the daily average density of ultra-fine dust in the capital area goes beyond 50 micrograms and is forecast to be in excess of the level until the next day.

In order to boost citizens' participation, the city government will provide free bus and subway transport during commuting hours -- from the first train or bus to 9 a.m. and from 6 p.m. to 9 p.m., though some critics say the measure appears inefficient as the standard is set too high. 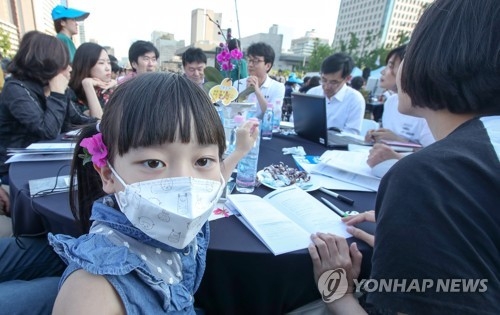 South Korea has been grappling with worsening air quality every year, as clouds of fine dust particles, believed to mainly come from the western deserts of China and domestic smog, cover the sky with a yellow haze. The particulates are known to cause various respiratory problems while also affecting the body's immune system.

The city government will define fine dust as a disaster in a revised ordinance and introduce a new advisory for those who are especially vulnerable to it, such as the elderly and kids.

Starting next year, the city will allocate 2.9 billion won (US$2.58 million) for 6,284 childcare centers and 488 child welfare institutions to install air purifiers. 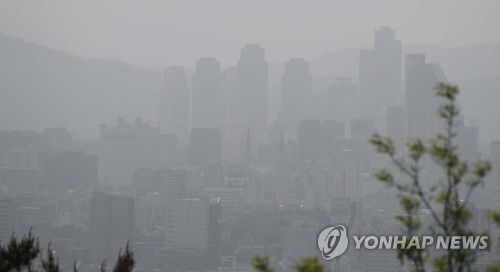