SEOUL, June 1 (Yonhap) -- South Korea strongly condemned the latest deadly bombing in Kabul on Thursday, vowing to work with the international community to rebuild Afghanistan and root out terrorism in the region.

On Wednesday morning (local time), a truck bomb went off during rush hour in central Kabul, killing at least 90 people and injuring some 400 others. The blast occurred in front of the German Embassy building located inside a diplomatic complex, local media reported. 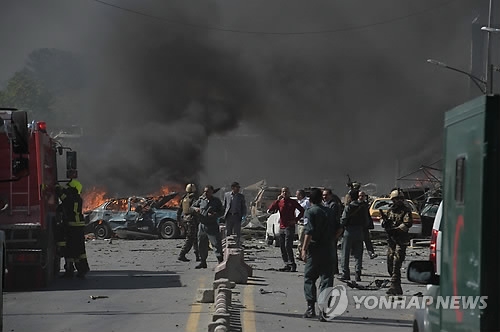 "Under any circumstances, it cannot be justified to carry out such a horrible terror act against innocent people during the period of the holy month of Ramadan in pursuit of peace and mercy and it is an anti-culture and inhumane deed," the foreign ministry said.

"The government will continue joining the international community's efforts to stabilize and rebuild Afghanistan so as to make peace take root and eradicate terrorism in the country," it added.