Gore, vice president from 1993-2001 under former President Bill Clinton, was giving a speech on "Challenges and Opportunities of Climate Change" at the on-going Jeju Forum for Peace and Prosperity on this resort island. 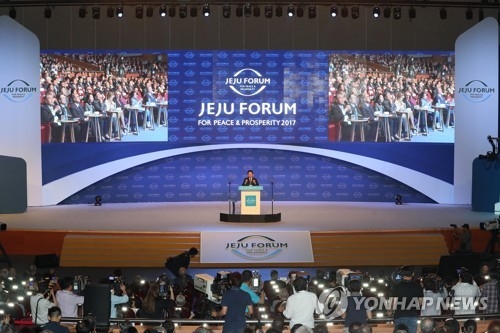 Recalling the biggest fire in the history of Russia in 2010, Gore said the fire followed a severe drought as a result of global warming.

"Fifty-five thousand people died mostly of respiratory consequences of the smoke, but something else happened four months later," he said.

In the aftermath of the fire, which destroyed grain produce in the region, Russia and Ukraine took their grains off the global market, "so this raised a food crisis worldwide ... and there were food riots in 60 countries around the world," including Tunisia, according to Gore.

"(It was) a significant event because a food vendor in Tunisia at the peak of the food crisis set himself on fire and the video of that self-immolation caused the Arab Spring," he said, referring to the democracy protests that originated in Tunisia. "His last words were not 'Down with the Tyrant,' his last words were 'How am I supposed to live?'

"(Nevertheless) the connection between climate crisis and political instability is an issue that has not yet received enough attention," he stressed.

Also behind the outbreak of the Syrian civil war were climate change-triggered food problems, Gore also said, highlighting that a climate-related drought from 2006-2010 destroyed 60 percent of all the farms in the country and drove 1.5 million climate refugees into the cities of Syria.

"When these climate refugees collided with another 1.5 million refugees from the Iraq War in the cities of Syria, the social explosion happened," according to Gore.

Given the seriousness, "it has been recognized by the military in my country as a national security issue for a long time," he said.

"If you have hundreds of millions of climate refugees what will that mean to self-government and the ability to maintain stability. ... These are some of the reasons why we have to act," he said.

Climate change is also causing pandemic diseases like the spread of Zika with warmer weather conditions giving advantage to germs, microbes and insects that carry viruses, he said. On the backdrop of the Zika outbreak, doctors in South and Central America are telling women there not to get pregnant for two years until the virus comes under control, according to him. 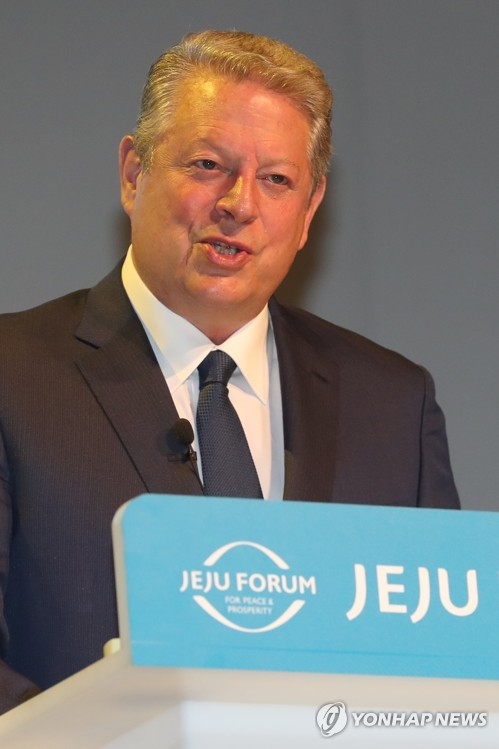 "When we hear messages like this it should set off alarm bells, it should communicate to our heart not to our head that those of us who are alive today have obligations, a sacred duty to generations that come after us to prevent such conditions from becoming commonplace in the world that they inherit from us," Gore said.

After retiring as vice president, Gore has been leading efforts to fight climate change for which he was awarded a Nobel Peace Prize in 2007.