(ATTN: UPDATES with statement from management agency in paras 6-7)

The 28-year-old rapper tested positive for marijuana use, according to the Seoul Metropolitan Police Agency. It was not confirmed whether he smoked the banned substance habitually.

Police have sent the case to the prosecution, recommending indictment.

YG Entertainment, his management agency, confirmed the arrest and made a public apology on behalf of its artist.

"We found that T.O.P was arrested during the police service on charges of smoking marijuana before enlistment and sincerely completed all the investigation... He acknowledged most of the charges against him in the investigation process and is deeply regretting what he did," the agency said in a release. "We sincerely apologize for causing troubles," it added. 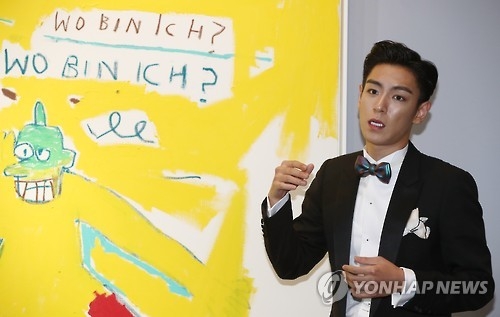