SEOUL, June 1 (Yonhap) -- Asiana Airlines Inc., South Korea's No. 2 air carrier, said Thursday it has challenged a recent appellate court ruling that upheld the government's temporary suspension order for its San Francisco route in the wake of a deadly crash landing in 2013.

Bringing the case to the Supreme Court, the company said though the probe result said there were multiple causes of the accident, including those from its manufacturer, the carrier was the only one held liable. The suspension also causes more inconvenience to consumers, it said.

After an investigation, the Ministry of Land, Infrastructure and Transport said the crash was mainly due to pilot error and that the company had failed to properly train the flight crew, ordering the carrier to suspend its Incheon-San Francisco route for 45 days.

The carrier appealed the decision, but a district court ruled in favor of the government last year and it was upheld by the Seoul High Court last month.

The company is currently operating the flights after winning an injunction to postpone the execution of the order until it receives a court decision on the case. 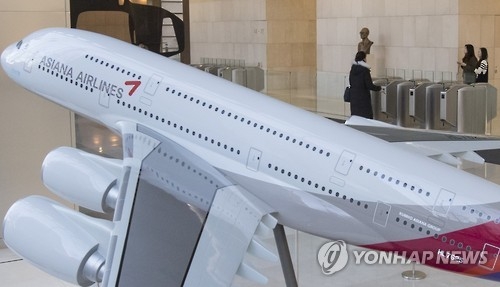