SEOUL, June 2 (Yonhap) -- Kim Won-joong has been running a small food stand near South Korea's capital city for five years, but he recently started a part-time job at night as a paid replacement driver.

Kim's part-time job, called "daeri unjeon" in Korean, is a driver-for-hire service that helps inebriated customers to get home safely in their own vehicles for 15,000 won (US$13.30).

The move to take a second job comes as the number of customers at his food stand has been falling steadily, while the prices of eggs, fresh vegetables and other ingredients have jumped, which have hurt his already thin profit margins.

With shop revenues shrinking, the 45-year-old Kim said he is struggling to pay rent and is seriously considering shutting down his shop.

"Economic recovery? What recovery?" Kim said with a blunt tone. "I have never experienced such hard times like what I am going through right now."

Kim is not alone in feeling left behind in a fragile economic recovery. 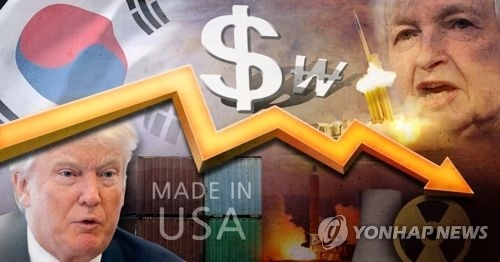 A recent survey by Statistics Korea showed that only 38.8 percent of mom-and-pop stores survive three years after opening.

The findings placed South Korea at 25th among the 26 member states of the Organization for Economic Cooperation and Development that were surveyed to see how new businesses faired.

Lodging and restaurant businesses were among the quickest to shut down -- only about one-third of them still being open three years later.

"Small retailers and service-oriented businesses are very vulnerable because most of the businesses they engage in have a low entry barrier," a market watcher said.

A slew of upbeat data, however, has given rise to notes of optimism about economic recovery.

The Bank of Korea has slightly upgraded its economic growth forecast for this year to 2.6 percent from a previous forecast of 2.5 percent.

In April, the International Monetary Fund took similar steps by raising its forecast for South Korea's economic growth this year to 2.7 percent thanks to clear signs of a turnaround in the global economy.

Exports have shown solid signs of a recovery, with big companies such as Samsung Electronics Co. and LG Electronics Inc. reporting better-than-expected earnings.

But, analysts said the effects of "trickle-down," a theory that wealth trickles down from big firms to mom-and-pop stores or low-income people, has for the most part not materialized.

"With exports growing, companies' incomes have significantly risen. Yet such excess funds have not reached households," said Jun Sung-in, a professor of economics at Hongik University in Seoul.

"In order for exports and domestic consumption to grow simultaneously, a strong gain in household income is critical," Jun said.

Although big firms are clearly making more money, these gains have failed to benefit households as a whole, data showed.

During the first quarter of this year, the monthly income of households edged up just 0.8 percent on-year. When adjusted for inflation, income fell 1.2 percent from a year ago.

The jobless rate also rose, despite a recovery in exports and facility investment.

The unemployment rate in April stood at 4.2 percent, up 0.3 percentage point from the same month last year. It marked an 18-year high for all April figures.

The unemployment rate for young people aged between 15 and 29 reached 11.2 percent, up from 10.9 percent tallied a year earlier.

This was the highest number ever reached for the one-month period since 1999 when the statistics office started to compile such data.

The steady growth of household debt, which stood at 1,359.7 trillion won at the end of March, is also weighing on growth and threatening to choke off consumption. 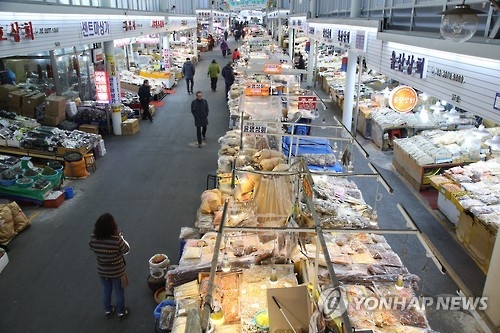 Joo Won, a researcher at Hyundai Research Institute, said consumer spending has already been burdened by higher mortgage rates, which is causing many people to tighten their purse strings.