ULSAN, South Korea, June 1 (Yonhap) -- The municipality of Ulju, southeastern South Korea, is set to form a pact with the Portuguese city of Sintra next week to seek friendship and cooperation in tourism, local officials said Thursday.

Ulju chief Shin Jang-yeol and Sintra Mayor Basílio Horta will represent each side when the two towns sign the pact on Monday in the Portuguese city, southwest of Lisbon.

The arrangement calls for the utilization of Ulju's Cape Ganjeol and Sintra's Cape Roca as part of efforts to promote tourism to each region. Cape Ganjeol is a coastal point where the sunrise can be viewed earliest on the Korean Peninsula, while at Cape Roca, the westernmost extent of mainland Portugal and Western Europe, visitors can observe the latest sunset in Eurasia.

Under the pact, Ulju and Sintra will seek to dispatch delegations to each region and set up monuments symbolic of each cape in the two towns.

They also plan to expand the scope of the relationship to other areas including culture, education and sports. 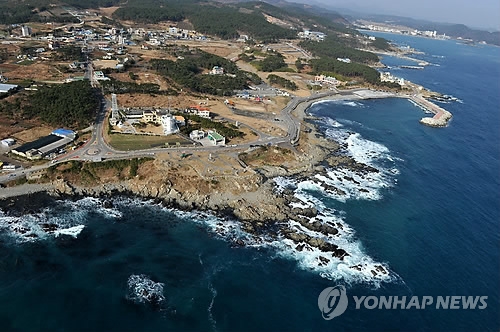 The Ulju municipal government hopes the envisaged pact will catapult Cape Ganjeol to one of the world's top tourist spots. "Our pact with the city of the world-famous site for sunset viewing is expected to help Cape Ganjeol become a global tourist attraction," Shin said.