Vice Foreign Minister Cho Hyun, who returned from India where he served as the country's ambassador, made the remarks during a meeting with reporters. He was chosen to be a second vice foreign minister late last month.

Asked what diplomatic decisions made under the previous government fell short of people's expectations, he cited the deal reached in December 2015.

Under the deal, Tokyo expressed an apology for its colonial-era atrocities and agreed to contribute 1 billion yen (US$9.97 million) to a foundation dedicated to supporting the surviving victims of sexual slavery. The organization was launched last year.

Critics doubt the sincerity of the apology as Japan refused to recognize its legal responsibility for the forced mobilization of the women. They also criticized that the deal was hastily arranged without sufficiently seeking the opinions of victims.

"When the deal was announced, I was traveling on business with a colleague. I told him that it is highly wrong and would cause a problem. It turned out I was right," he said.

Cho said that the decision was a representative case of a "top-down" decision-making process. 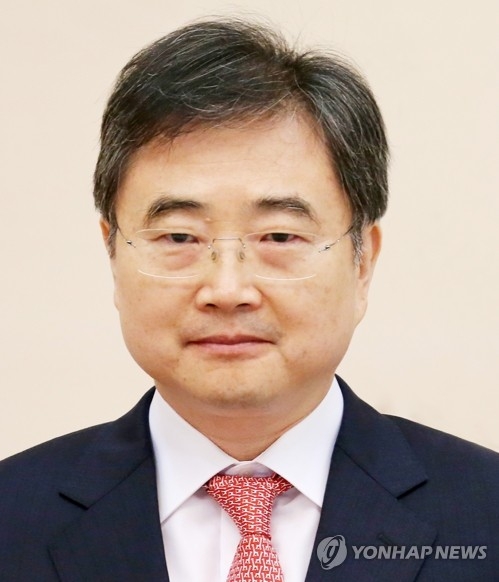 The diplomat said public opinion should also be collected over the controversial issue of deploying the U.S. Terminal High Altitude Area Defense system.

"We should strategically build up plans and accept practical limits and public opinions to build a road map for negotiations rather than reacting every time there are (outside) suggestions like this one," he said, referring to remarks by U.S. Senator of Illinois Dick Durbin who is visiting there.

Durbin earlier said the U.S. could divert the US$923 million of THAAD deployment budget to some other place if Seoul does not want the defense system. He said such a stance was communicated to President Moon Jae-in during a meeting with him.

"The senator could represent or not represent the U.S. (government)," he said.

On the same day during Jeju Forum, an annual global forum on peace and prosperity on the resort island of Jeju, Japanese Amb. to South Korea Yasumasa Nagamine said Japan will maintain its position to stick to the deal, but continue to discuss the bilateral issue with the new Moon Jae-in administration in South Korea.

"So the agreement should be honored and then faithfully implemented. That is a position led by Japan. We continue to keep this position and then discuss with the new government with this position, according to Nagamine.

Asked whether the deal could be modified by any degree, he said "the new Korean government's policy is now developing, so we are going to have full picture of the new policies not only this issue but also foreign policy issues. So we look forward to engaging with the ne government under such circumstances."

The both sides basically shared the common understanding that "any thorny issues shouldn't stand in the way to advancing overall bilateral relationship," the ambassador added.