The five automakers -- Hyundai Motor Co., Kia Motors Corp., GM Korea Co., Renault Samsung Motors Corp. and SsangYong Motor Co. -- sold a total of 663,048 vehicles in May, down from 761,233 units a year earlier, according to data released by the companies.

The carmakers' poor performance in May was mainly due to a low-growth trend in emerging countries and, in particular, lower demand from China, the world's biggest automobile market by sales volume, the companies said.

Last month, Hyundai and Kia continued to suffer declines in sales in China amid an ongoing row between Seoul and Beijing over the deployment of the Terminal High Altitude Area Defense (THAAD) system.

China has opposed the THAAD installation in South Korea as it claimed the battery system's powerful X-band radar system could spy on its military. Seoul has maintained the anti-missile system is aimed at countering missile threats from North Korea. 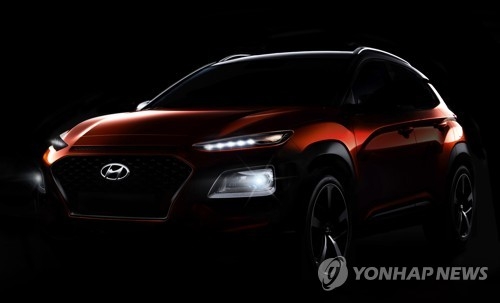 As the country's two biggest carmakers expect slowing growth in advanced markets and uncertainties in emerging markets, they plan to launch models that are specific to the countries to boost sales.

As part of efforts to increase SUV sales, Hyundai will launch the Kona subcompact SUV this month in the domestic market.

The companies do not have any new, competitive SUV models to promote in the U.S. market where SUV makers are benefiting from low gas prices and growing demand for the recreational vehicles.

The three other carmakers also struggled last month as they also had no new models to attract consumers.

In the January-May period, the five companies sold a combined 3.31 million autos, down 6.8 percent from 3.55 million units tallied a year earlier. Their domestic sales fell 1.7 percent year-on-year to 639,843 units and their overseas sales totaled 2.67 million, a 7.9 percent on-year decline, they said.