INCHEON, June 1 (Yonhap) -- Japanese home goods maker Iris Ohyama signed a memorandum of understanding Thursday with the Incheon regional government to set up a factory and a research and development center in a free economic zone, local officials said Thursday.

The local government said the Japanese company agreed to spend more than $50 million and build a factory for home appliances and everyday goods and an R&D facility on roughly 27,000 square meters of the Songdo Special Economic Zone in Incheon, west of Seoul. But it fell short of giving a timeline for the construction of the factory and the R&D facility.

Iris Ohyama, which develops, manufactures and sells household products and LED lighting products, is the No. 2 housewares manufacturer in Japan in terms of sales on Amazon Japan, with its annual sales posting 3.6 trillion won (US$3.14 billion).

The company, based in the northeastern Japanese city of Sendai, has some 11,000 employees and 16 manufacturing bases worldwide. 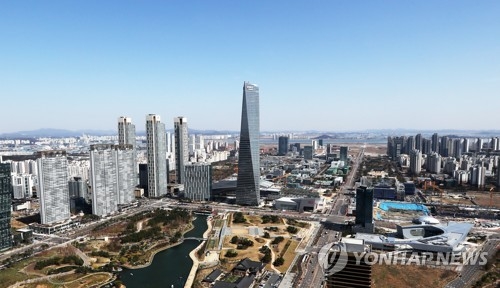 Kentaro Ohyama, the Korean-Japanese chairman of the Iris Group, said in a statement, "The output from the Songdo plant will be shipped to the U.S. and European markets and we hope we will make contributions to society as well as invigorate the local economy."