SEOUL, June 1 (Yonhap) -- Outside of serialized dramas and variety comedies, reality television is inarguably the prevalent TV genre out there today, with networks trying to come up with new fresh ideas to win viewers swamped in a glut of preexisting similar shows.

And while placing idol singers under the microscope in KBS TV's new reality show "Idol Drama Operation Team" isn't necessarily a fresh idea in and of itself, what they are doing -- writing and acting in a semi-autobiographic TV drama -- and how it turns out is what the network is selling.

"I wanted to show viewers how idols can only shine through unseen efforts. I thought the cast appropriately represent K-pop stars active in South Korea today," said director Koh Gook-jin on Thursday at a press conference held at the Time Square mall in western Seoul. 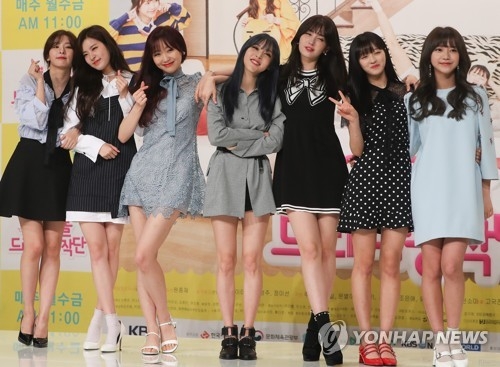 "Before they shine, they go through the ironic process of becoming in debt (to talent agencies). There are many trainees that work hard in that grey area. I hope our cast can also shed some light on (those unseen trainees)," said Koh.

The web series started on May 29 on Naver TV and YouTube, and will later be available on television through cable channel KBS Joy and KBS World for overseas fans.

"Frankly, I didn't think the seven of us went together well. We're all from very different teams. But I think that's the appeal," Moonbyul, who plays the de facto leader of the bunch due to being the oldest among the cast.

Seulgi said she initially had jitters but later learned to relax.

"I had a lot of worries, since it was my first acting. But fellow (Red Velvet) members applauded me for my work," she said.

"They told me to just be myself and act comfortably. So I did that, recollecting my own days as a trainee."

Since the work, which group writes and acts in, is part biopic drama, the cast sometimes felt as though it was too real at times.

"Since we wrote about our own tales, it wasn't difficult but more cringy. But after going through that cringing process once, things got better. I thought it was funny that the other members felt similar in that respect," said Sujeong. 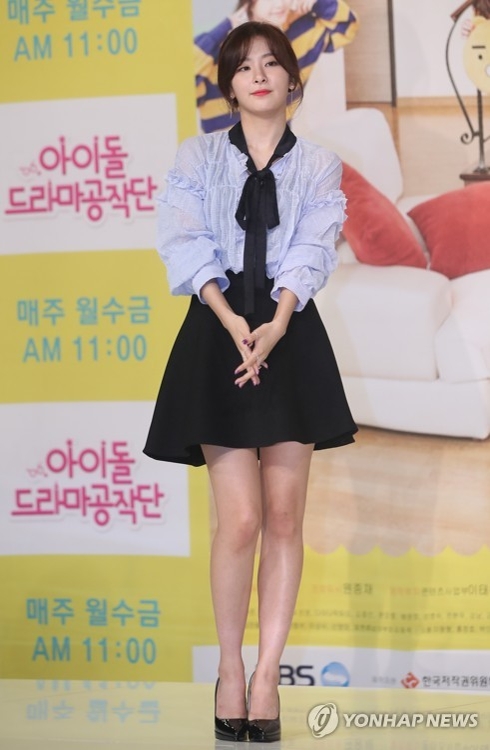