SEOUL, June 1 (Yonhap) -- South Korea's new vice unification minister on Thursday raised the need to push for inter-Korean dialogue in a prudent manner by taking into account North Korea's changes in its attitude.

Vice Unification Minister Chun Hae-sung said that any rush for inter-Korean talks can give the wrong message to the North at a time when Pyongyang is not giving up its nuclear and missile development programs.

"The direction would be (toward inter-Korean talks), but we would not be in a hurry for (that goal)," Chun told reporters after being appointed a vice unification minister earlier in the day.

Moon's tilt toward engagement with the North has spawned concerns that coordinated global fronts in pressuring North Korea may be weakened.

Chun stressed that the government will sternly respond to North Korea's nuclear and missile provocations and stand in line with the international community in applying sanctions and pressure against the North if needed.

"But as these approaches cannot solve all problems, I think that it would be a normal circumstance that Seoul would pursue inter-Korean dialogue when necessary," he said.

Chun said that the current security situation on the Korean Peninsula is grave, adding that unpredictability of North Korean leader Kim Jong-un makes it hard for Seoul to gauge the North's behavior. 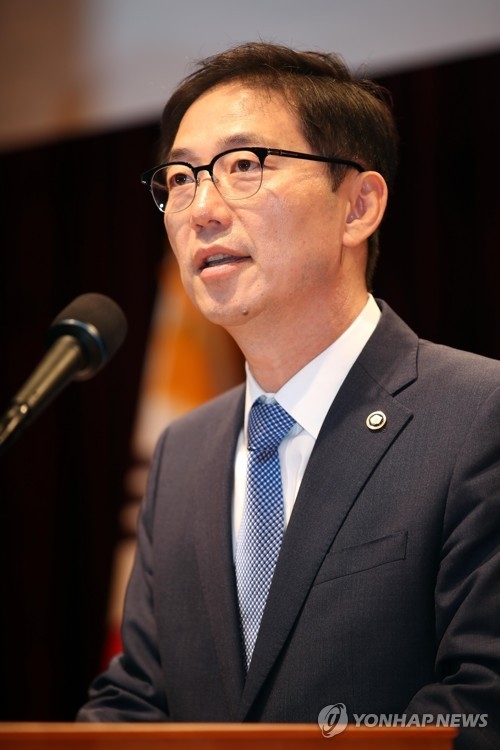