MOSCOW, June 1 (Yonhap) -- Three more foreign news agencies have gained membership of a news-sharing platform under development by South Korea's Yonhap News Agency for the 2018 Winter Olympics set to open in the country's alpine city of PyeongChang early next year.

The latest deals brought the number of overseas news agencies confirmed to subscribe to the service to 40.

As the host news agency for the upcoming Winter Games, Yonhap News is developing PNN to allow news outlets around the world to share content on the Olympics in real time and for free. The system will be completed within this year.

PNN members will have access to not only Yonhap News' content in Korean, English, Chinese, Japanese, French, Arabic and Spanish but also that of fellow members without signing separate agreements. The members can upload their content, including news articles in English and native languages, photos and video clips, on the platform without limitation.

Founded in 1997, the annual economic forum has been held annually in the Russian city of St. Petersburg to provide a platform for global leaders to engage with their peers in finding solutions to the most pressing international issues. This year's meeting runs from Wednesday to Saturday. 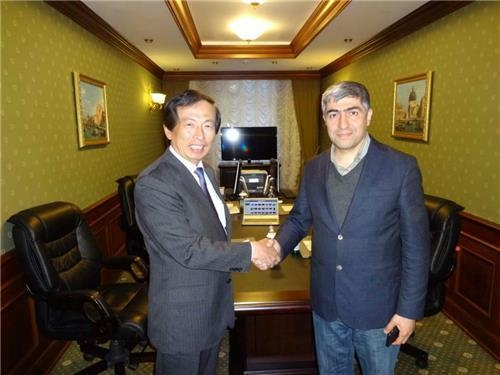