Lee, a former provincial governor and lawmaker, was sworn in a day earlier after winning a parliamentary endorsement. He was nominated by President Moon Jae-in in early May.

During a visit to the National Assembly, Lee paid courtesy calls on the leaders of four major parties, starting with the center-left opposition People's Party. 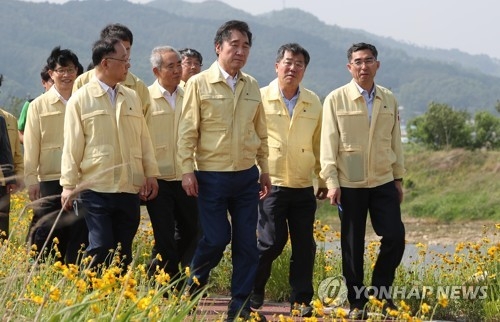 He thanked the party's interim leader Park Joo-sun for approving his nomination, which would not have passed without opposition support. The ruling Democratic Party currently holds 120 of 299 seats.

"The Moon Jae-in administration was able to launch without too much delay thanks to (your) bold decision," Lee said. He also noted that Moon promised to guarantee the constitutional rights of a premier.

Prime ministers have often been reduced to a ceremonial role.

Lee met in succession with leaders of the conservative Bareun Party and the progressive Justice Party before rounding out the visit with courtesy calls on the ruling party's chief Choo Mi-ae and floor leader Woo Won-shik.

Choo promised the party's best efforts to back the government's policies in parliament.

"I will ensure close cooperation between the government and the party and serve with the notion that we are jointly responsible for running state affairs," Lee replied.

Later in the day the prime minister visited a reservoir in Anseong, south of Seoul, to check on damage caused by the recent drought. 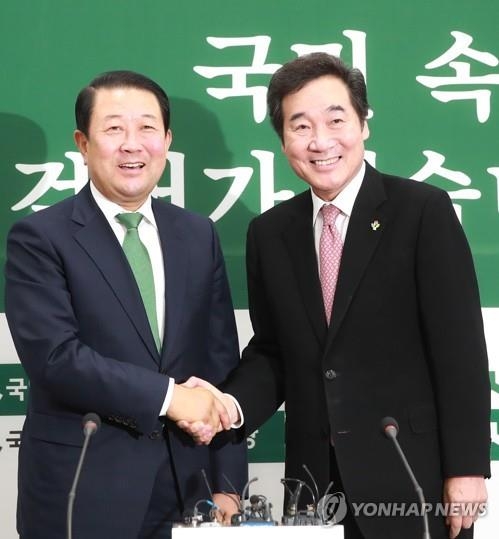