SEJONG, June 1 (Yonhap) -- A South Korean official at the transportation ministry on Thursday was elected the head of the International Transport Forum at the Organization for Economic Cooperation and Development (OECD), government officials said.

Kim Young-tae, 50, a director of the Ministry of Land, Infrastructure and Transport, became the secretary-general of the intergovernmental body for a five-year term, according to the ministry.

It marked the first time that a South Korean was elected to lead the OECD's body on transport. Kim will begin his new job starting August and can serve two consecutive terms.

The International Transport Forum at the OECD is an intergovernmental organization with 59 member countries, according to its website. It holds a transport minister-level meeting every May in Germany to discuss transportation policy.

"Many countries have an interest in South Korea's development in the transport area in a short period on the back of its good infrastructure and technology," Kim said.

"I would like to share South Korea's experience with other member countries and also serve as a bridge to bring advanced countries' cases to the South," he added. 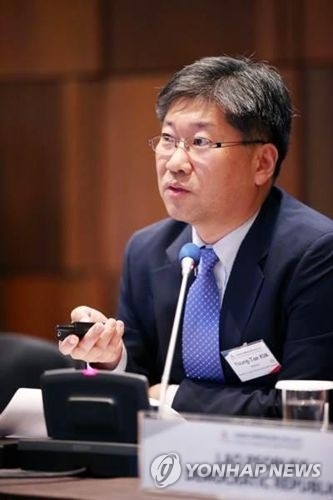