SEOUL, June 1 (Yonhap) -- A big fire broke out on Mount Surak in northern Seoul Thursday, firefighters said, with no casualties having been reported so far.

Firefighters said they were struggling to contain the fire that started at around 9:08 p.m., with a long ribbon of fire forming near the top of a ridge.

The exact cause of the wind-fed forest fire is not yet known, but the size of the blaze is quite large, they added.

South Korea's public safety watchdog said it sent emergency text messages to nearby residents to alert them of the blaze.

About 27 fire trucks were dispatched to the scene, but firefighters are still coping with the spreading blaze, they added. 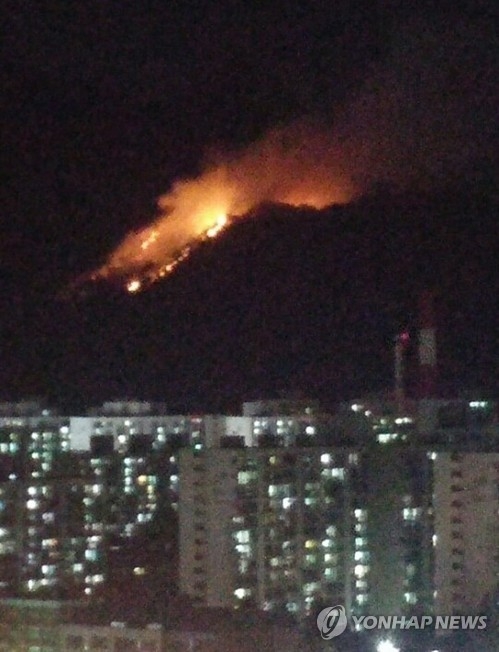 (LEAD) Fire breaks out on mountain in northern Seoul

(LEAD) Fire breaks out on mountain in northern Seoul