PARIS/SEOUL, June 2 (Yonhap) -- The daughter of a late businessman who was blamed for the Sewol ferry disaster in 2014 will be sent back to South Korea as a French court has dismissed her appeal, the authorities said Friday.

Yoo Sum-na, the daughter of Yoo Byung-eun, has been on the Interpol's wanted list at the South Korean prosecution's request. She faces embezzlement charges. 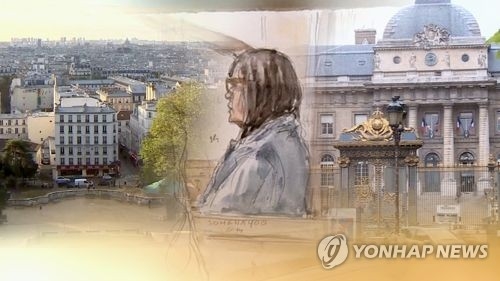 "The French justice ministry notified us on Tuesday that Yoo Sum-na's appeal on the extradition order was dismissed at its highest administrative court Conseil d'Etat and that all the necessary procedures have been completed in France," South Korea's Ministry of Justice said in a statement.

The ministry is discussing with its French counterpart extraditing her on Tuesday, it said.

The 6,800-ton ferry sank off the country's southwestern coast on April 16, 2014, killing more than 300 passengers, mostly high school students on a school trip.

The French police said they will hold her at a detention center until she takes an Incheon-bound flight. The prosecutors from Seoul will arrest her aboard the plane.

The 51-year-old is accused of embezzling 49.2 billion won (US$43.8 million) from a company related to Cheonghaejin Marine Co.

She fled to France three years ago when the South Korean prosecution summoned her for questioning soon after the ferry disaster.

In May of that year, she was arrested by the French police in Paris but asked to be investigated without detention on grounds that she had a teenage son to look after. She served 13 months in jail, until she was released in June 2015, on condition that she needs to report her whereabouts to the police regularly.

(LEAD) Woman linked to Sewol operator to be extradited from France

(LEAD) Woman linked to Sewol operator to be extradited from France