SEOUL, June 2 (Yonhap) -- A fire that broke out on Mount Surak in northern Seoul was mostly put out Friday morning, firefighters said, with no casualties having been reported so far.

The fire, which started around 9:10 p.m. Thursday, was almost extinguished around 2:25 a.m., they said. More than 2,330 officials and 64 fire trucks were dispatched to the scene.

Firefighters said they are now working to keep the fire from flaring up again.

The exact cause of the fire is not yet known.

Firefighters said they had difficulty coping with the spreading blaze at the beginning due to the dry weather and strong wind, which died away after midnight. 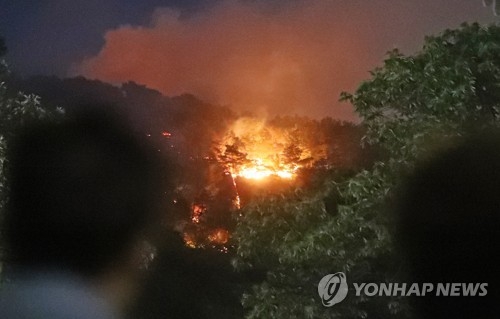