The South Korean tech giant said LG Pay will be initially available through four credit card brands -- Shinhan, KB, BC and Lotte -- but will gradually expand to cover all industry players by the end of September.

Users of the G6 smartphone, the latest flagship device of LG Electronics, will be allowed to use the LG Pay via software updates. The company said it plans to expand the services to other devices down the road.

South Korea's No. 2 tech giant said LG Pay, which boasts thorough security as users must scan their fingerprints every time they make a transaction, will set new standards of next-generation mobile payments. 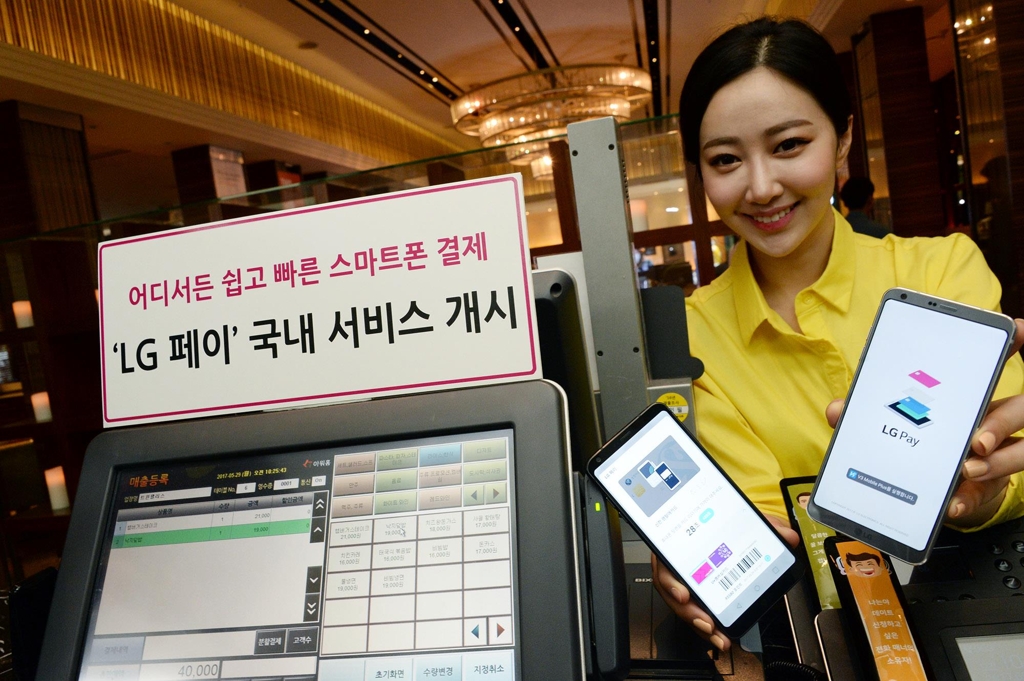