SEOUL, June 2 (Yonhap) -- The National Assembly was set to hold a confirmation hearing for Fair Trade Committee chairman-designate Kim Sang-jo Friday over his policy orientations, ethical qualifications and other credentials.

Kim, seen as a pivotal figure to lead President Moon Jae-in's efforts to reform major conglomerates, is expected to face an intense vetting process at the parliament due to a series of allegations involving himself and his family.

The main opposition Liberty Korea Party has called Kim unfit for the post to promote corporate transparency and fair competition, demanding he voluntarily give up his nomination. His appointment does not require parliamentary consent, but strong parliamentary opposition could pose a political burden on him.

A major bone of contention is the allegations of his family's false address registration in 1997 and 2004. False residence registration is a legal offense that former high-level nominees had committed mainly for real estate speculation. Moon has cited it as one of the irregularities that he said would keep him from nominating anyone for a senior post.

Kim is also alleged to have underreported to a district office the price of a Seoul house he bought in 1999.

He is also purported to have worked at civic groups -- the Solidarity of Economic Reform and the Financial Research Center -- without permission from his school, Hansung University.

Another allegation concerns his wife. She is suspected of getting a job as an English conversation instructor at a high school in 2013 despite the fact her English proficiency test score was lower than the requirement.

Kim is also alleged to have copied his past academic research outcome to publish another paper in 2000, triggering accusations of self-plagiarism. 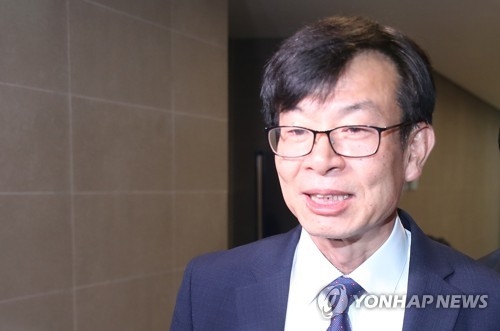