In May, Hyundai and Kia, South Korea's two largest carmakers, sold 60,011 vehicles in the North American country, down from 71,006 units a year earlier, the companies said.

The dip comes as the two were cited for lagging behind their rivals in the world's most important automobile market in terms of incentives and new models. Moreover, the U.S. market is very competitive and facing an oversupply, industry sources said.

For the first five months, Hyundai sold a total of 1.82 million autos around the world, down 6.5 percent from a year earlier. Kia's overall sales fell 8.5 percent to 1.09 million during the same period.

Hyundai and Kia are flagships of Hyundai Motor Group, the world's fifth-largest automotive conglomerate in terms of sales. They aim to sell a combined 8.25 million vehicles this year, up from 7.9 million autos sold globally in 2016. 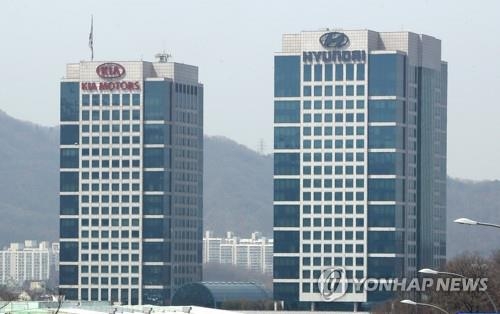 Hyundai, Kia US sales fall 15 pct in May

Hyundai, Kia US sales fall 15 pct in May