SEOUL, June 3 (Yonhap) -- Director Jung Byung-gil popped up on everyone's radars in Korean cinema in 2012, scooping up several domestic and international awards for his second feature film, "Confession of Murder."

"The Villainess" is the third feature by the talented Korean actioner geek who once dreamed of becoming an action movie star. Visually stylish, intense and intriguing, it is a distillation of the countless titles that Jung has absorbed in the world of "grindhouse" cinema, including martial arts films, samurai cinema, and spaghetti westerns. However, he didn't copy any of them but transcended them. 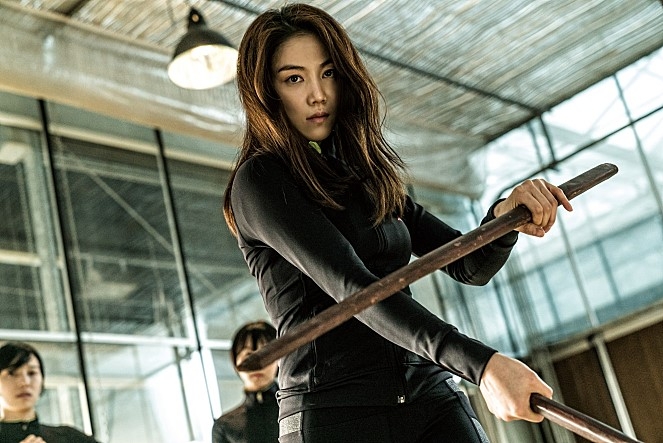 The movie centers on Suk-hee (Kim Ok-vin), a young girl who has been raised by Korean-Chinese gangsters to be a ruthless assassin. She marries her boss and mentor Lee Joong-sang (Shin Ha-kyun) but he is murdered on their honeymoon. She then breaks into the headquarters of the rival organization to take vengeance for her dead husband and it quickly turns into a blood bath. When she finishes, however, she ends up in police custody. She is then taken to the South Korean state intelligence agency's secret training ground where Chief Kwon (Kim Seo-hyung) offers her work as a sleeper cell on the condition that they'll let her go free to live her life after 10 years of service.

Pregnant and alone, Suk-hee accepts the offer. She undergoes plastic surgery and training that involves fighting skills as well as a craft necessary when she goes undercover. Since she had no aptitude other than acting, she is given a new identity as a theater actress and a small apartment to live with her baby girl. 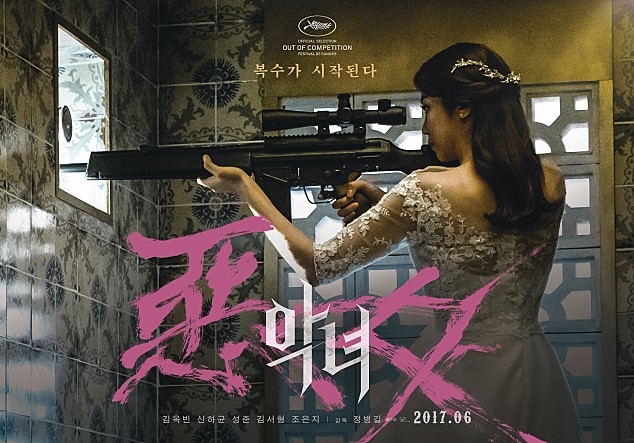 Under the new identity, she meets Hyun-soo (Bang Sung-jun), a sweet neighbor who in fact is an undercover operative from the same intelligence agency sent by Kwon to surveil her, and they dream of starting a family. However, on the day of their wedding, she is assigned a new mission that changes everything.

Where "The Villainess" excels is in the pure joy and spectacle of its roaring action sequences. The breathtaking 10-minute intro, where Suk-hee storms through the corridors of the rival gang's headquarters and shoots or slays scores of enemies, adopts the rare FPV (First Person View) action. This gives the effect of viewing the movie like a first-person shooter game.

In addition, the movie's free use of guns, long daggers, fists and other weapons is far more brutal than existing action films. The director created unforgettable motorcycle chase and bus action sequences that have never been seen in Korean movies before, employing various filming skills, including hand-held, close-up and fast cross-editing.

The movie also deftly uses flashbacks to provide viewers information on the villainess' past and reasoning for seeking bloody revenge. But there is both too much story and not enough. What exactly happened on the day Suk-hee's father was killed in front of her when she was a child and why she was abruptly abandoned by her gang were lightly sketched rather than fully explained. The relationships between Suk-hee and Joong-sang and then Suk-hee and Hyun-soo feel rather ambiguous, so their entangled stories are suddenly progressed without sufficient persuasion. 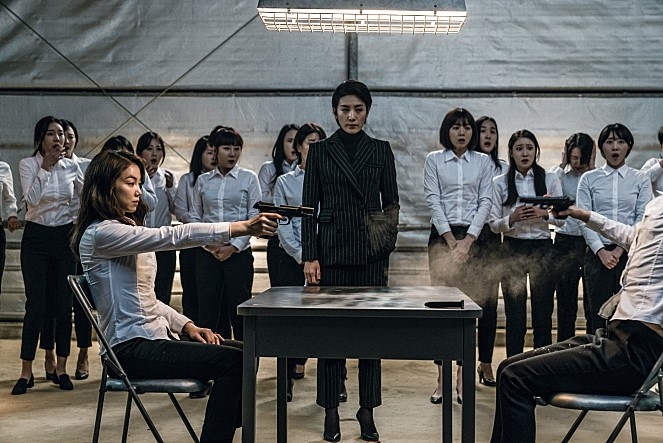 Despite the loosely textured storyline, Kim Ok-vin's performance as a trained assassin is just astonishing.

The 30-year-old actress did more than 90 percent of her action scenes without a stunt double, effortlessly wielding a variety of weapons ranging from long daggers to machine guns and even axes.

In the film, she swings her long daggers to kill her opponent while riding a motorcycle at night on highway and chases enemies on the hood of a moving car, catching the steering wheel with one hand.

The rare female-centric action movie opens in local theaters on June 8. It premiered in the Midnight Screenings of the 70th Cannes Film Festival last month. 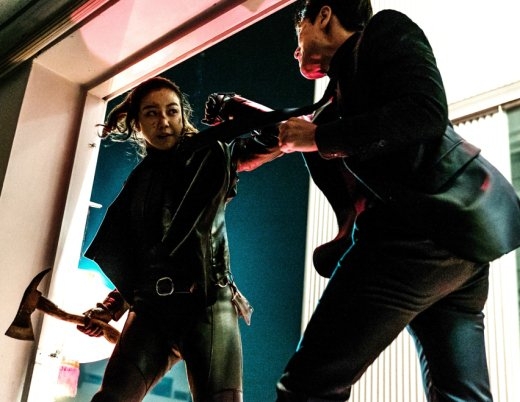