Ji will marry an older sister of Kang Ji-young, a former member of K-pop girl group Kara, after dating her for about two years, iwedding said. The wedding will take place at Hotel Shilla in Seoul on June 16, but only family members and close friends will be invited to attend.

"Two years ago, one of my acquaintances introduced her, and we started dating," Ji said in a release. "She understands the life of athletes and cares for me so much, so I decided to spend my life with her."

Ji is currently in his homeland to train with the national football team. He is one of the 24 players called up by head coach Uli Stielike for South Korea's upcoming FIFA World Cup qualifier against Qatar.

Ji, 26, made his pro debut with the South Korean club Jeonnam Dragons in 2010 and had stints with Sunderland and Borussia Dortmund. Ji played in all 34 German Bundesliga matches for Augsburg in the 2016-17 season, scoring three goals. 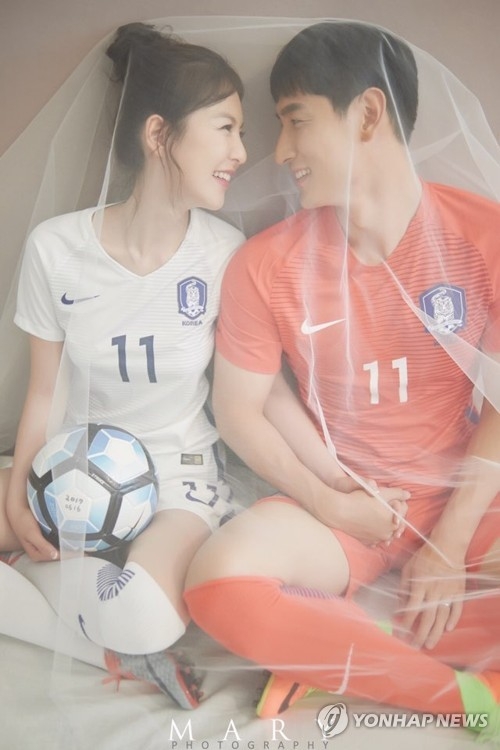 FC Augsburg forward Ji Dong-won to get married this month

FC Augsburg forward Ji Dong-won to get married this month