The ministry said last month that Seoul will sternly respond to the North's provocative acts, but also believes that long-strained inter-Korean ties will help stability on the peninsula.

"Applications for trips to North Korea will be reviewed after Seoul takes into account their purpose, inter-Korean ties and the international environment," Park Soo-hyun, presidential office spokesman, told reporters on Thursday.

If the joint event is approved, it would mark the first time such a celebration has been jointly held in nine years.

In 2000, then-South Korean President Kim Dae-jung and his North Korean counterpart Kim Jong-il held a historic summit in Pyongyang, producing a landmark agreement on reconciliation and economic cooperation between the two rival Koreas.

During the liberal administration of President Roh Moo-hyun in 2003-2008, civic groups held summit anniversary events in Seoul and Pyongyang. In October 2007, Roh held a summit with the North's leader.

The group called on the government to fully approve civilian inter-Korean exchanges, including its joint summit event.

"The government should unveil measures for better inter-Korean ties and reconciliation if it seeks to honor the spirit of the two summits' agreements," the preparatory group said.

It added that the North hopes to hold the event in Pyongyang, while the group proposed to do so in the North Korean border city of Kaesong.

"If Seoul approves our plan, we are considering sending a 100-member delegation to North Korea," it said.

Any trip by South Koreans to North Korea requires the Seoul government's approval, as well as the North's consent. The sides still technically remain in a state of war since the 1950-53 Korean War ended in a truce, not a peace treaty. 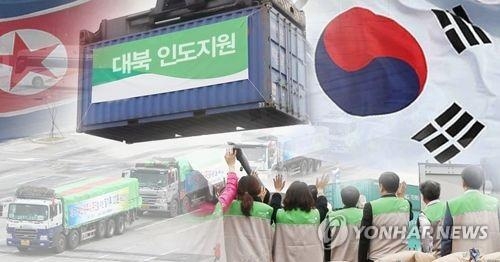