BEIJING, June 2 (Yonhap) -- K-pop's popularity is apparently regaining momentum in China amid signs that the two countries are moving toward mending strained political ties, according to a local music chart Friday.

BIGBANG's "Made" album climbed to No. 4 on QQ Music's digital album sales, while the band's single albums "E" and "D" also occupied the sixth and eighth spots, respectively, on the chart.

Psy's "I Luv IT," iKON's "Bling Bling" and "Shangri-La / Paradise on Earth" by VIXX also made the top 100 on QQ's chart for most popular songs.

In March, QQ Music had deleted a chart on its website dedicated to K-pop, while tensions between South Korea and China simmered over Seoul's decision to adopt the U.S. THAAD missile defense system. QQ later put the chart back up.

South Korea and China are seen as moving toward mending strained ties as exchanges and contact in diverse areas have apparently been gaining traction since the inauguration of South Korean President Moon Jae-in last month. 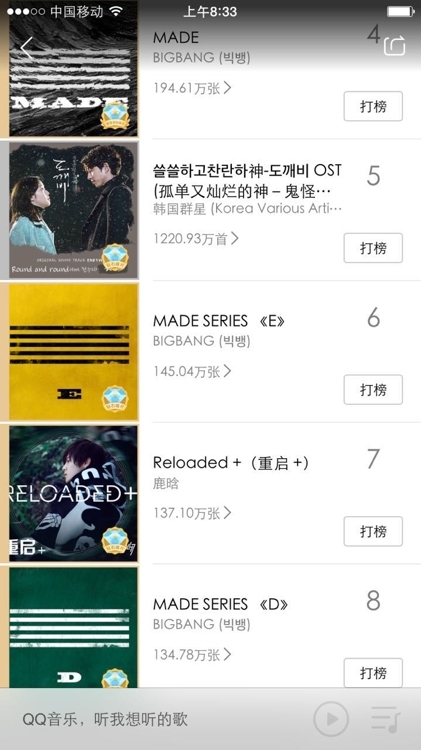