The market is expected to be valued at US$6.7 billion by the end of this year, based on the growth estimates, the Korea Institute of Science and Technology Information.

The global air cleaner market has been growing at an annual rate of 12.4 percent over the past three years, the report said, adding that it is likely to post at least 10 percent annual growth to reach $9.6 billion by 2020. Consumer demand has been going up in the face of worsening environmental conditions.

Japan's Sharp Corp. has the largest global market share of 13 percent as of end-2015, followed by U.S. Jarden Corp. with 11 percent and Japan's Panasonic Corp. with 8 percent. 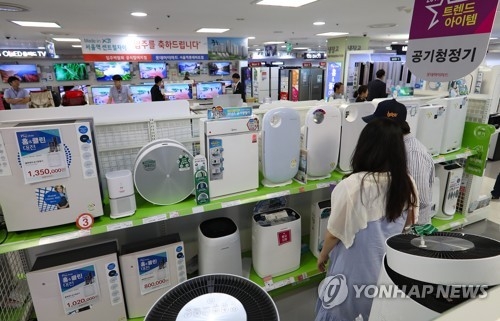