She simultaneously put out the digital single, along with its music video, on June 1 at 6 p.m.

"Wannabe" is a pop dance track that begins with heavy beats and later shifts into an expressive and vibrant rhythm. The song features her trademark husky voice and rapping by hip-hop artist San E.

Hyoyeon released her first solo song "Mystery" in December of last year following her appearance on the cable TV channel Mnet's music program "Hit the Stage" in July. She has shaken off her girlish image and built her presence as a "performance queen" in those individual activities. 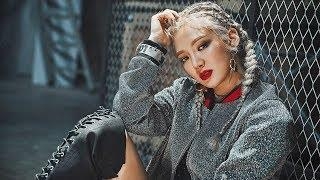