"They said they would hold a full program (of events) and stressed they would provide maximum respect," the official said on condition of anonymity. "McMaster was very friendly and said he considers the Korea-U.S. relations important and is preparing a program (for Moon's visit) with top priority." 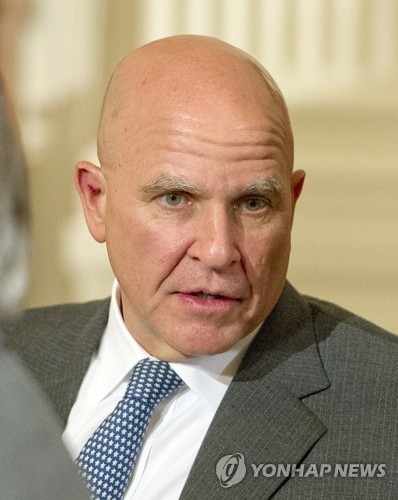 South Korea and the U.S. agreed in principle last month to hold a summit between Moon and Trump in late June. Specific dates were discussed in Thursday's meeting, and the two sides are expected to finalize the dates in the near future and make an announcement at an appropriate time, the official said.

The two sides also agreed largely on the agenda items of the summit, he said.

"The agenda will include strengthening the Korea-U.S. alliance, the North Korean nuclear and other issues, and other global partnerships between the two countries, as well as a road map for high-level meetings other than summits," the official said.

The sides also reaffirmed a shared understanding on the need for trying to resolve the North Korean nuclear issue while seeking both dialogue and pressure at the same time, he said.

The THAAD deployment has taken on renewed attention in South Korea following revelations the Defense Ministry deliberately omitted the arrival of four additional launchers for the system in a report to the office of new President Moon.

That raised allegations of a cover-up, with President Moon ordering a probe into the omission.

Moon has stressed that the investigation is purely a domestic matter and is not aimed at reversing Seoul's decision to host the system or sending any other message to the United States.