SEOUL, June 2 (Yonhap) -- A Seoul court on Friday sentenced a South Korean man who shot three compatriots to death in the Philippines last year to 30 years in prison.

The Seoul Central District Court convicted the man, identified only by his last name Kim, of murdering three Koreans -- two men and one woman -- who were found in a sugar cane field in Bacolor, some 70 kilometers northwest of Manila, on Oct. 11. All three had gunshot wounds to their heads.

He killed the victims following a proposal from another South Korean, surnamed Park, in return for money.

Kim was also convicted of abandoning the bodies and siphoning off 2.4 million won (US$2,100) from the victims.

Prosecutors accused Kim of stealing another 720 million won from their account, but the court acquitted him of the charges, citing a lack of evidence.

"Taking away a person's life is a crime that cannot be tolerated under any reason," the court said. "The bereaved families of the victims are expected to live the rest of their lives suffering from huge losses, but the defendant did not take any action that could cure their suffering or sadness."

Park, the main culprit of the case, was arrested late last month in the Philippines after escaping from a detention center where he was held. He was originally arrested in November last year, before fleeing in March.

The Philippines authorities are taking steps to extradite Park to South Korea. 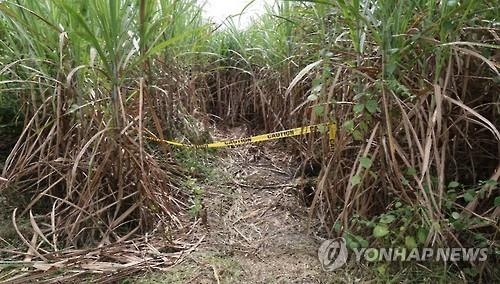 Man gets 30-year term for killing 3 compatriots in Philippines

Man gets 30-year term for killing 3 compatriots in Philippines