On Friday, stocks of chemical firms suffered a slide due to profit-taking, but they are expected to regain lost ground and post gains down the road, they said.

"Demand from Asian countries, in particular China, has been on a steady rise," said Yoon Jae-sung, an analyst at Hana Financial Investment. "Prices of petrochemical goods are expected to continue their upward moves."

South Korea's export of oil and chemical products remained bullish in the first quarter, amounting to 126.9 million barrels through March, up 8.7 percent from a year ago, on the back of an increase in the shipments to Asia and the United States.

Exports to China, the biggest buyer of South Korean oil products, climbed 2.6 percent on-year to 22.5 million barrels in the first quarter, while those to the U.S. soared 45 percent to 11.4 million barrels on strong demand for aviation fuel.

Their stellar performance is also backed by strong bottom lines.

Hanwha Chemical also reported a three-fold rise in its first-quarter earnings largely thanks to a rise in the prices of its key products.

Net profit reached a record 324 billion won in the January-March period, and operating income also jumped 37.6 percent on-year to reach 197 billion won. The company attributed the sharp improvement in its bottom line to a surge in the prices of key products such as polyvinyl chloride (PVC).

Their operating income is also forecast to improve under the current quarter, although their earnings growth may slow down compared to the previous quarter due to the relatively lower prices of key products, analysts said.

"The prices of chemical goods have increased in the first quarter, but the pace of the price gains may slow down," said Hwang Kyu-won, an analyst at Yuanta Securities. 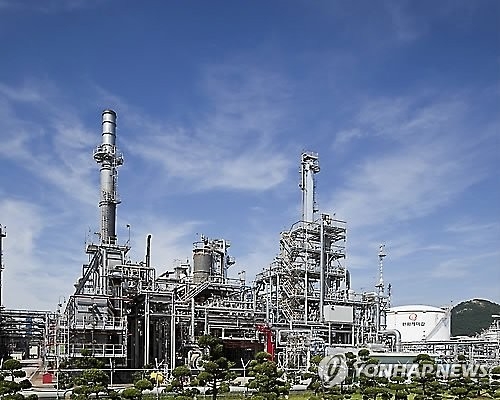