The album, titled "Happy Moment," will come out on June 7, Starship Entertainment said.

The title track, "Happy," is produced by Black Eyed Pilseung, the oft-sought-out production team responsible for hits such as Sistar's "Touch My Body" and "TT" by TWICE.

The 13-member idol act, which includes Chinese members, last month held its first solo concert titled "Would You Like - Happy Moment" in Seoul.

Cosmic Girls made their debut in early 2016 with their first EP "Would You Like?" and their roster includes Chinese members Xuan Yi, Cheng Xiao and Mei Qi. The team most recently released its third mini album "From WJSN" in January. 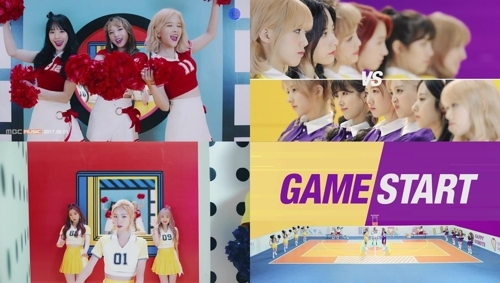