SEOUL, June 2 (Yonhap) -- Prime Minister Lee Nak-yon visited a number of political elders Friday as part of a series of courtesy calls marking the start of his term. 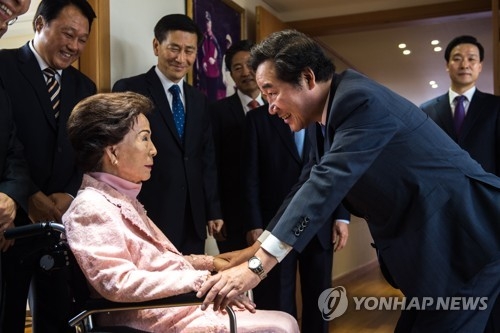 On his second full day in office, Lee visited the widow of former President Kim Young-sam at her home in Seoul. During the courtesy call, he recalled his memories of the late leader who was in office from 1993-1998.

"Former President Kim was a warm person," he said, speaking of their meetings when he was a journalist.

Lee recollected that the former first lady, Son Myung-soon, made soup for him and his colleagues.

In response to Son's request that he work hard, the prime minister responded he would do his best under the current multi-party structure in parliament.

Later in the day, Lee visited the widow of late former President Kim Dae-jung and praised him for his humility. 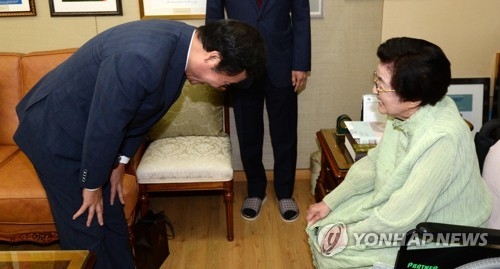 Kim's widow, Lee Hee-ho, said Moon chose the right person for prime minister and encouraged him to continue the hard work he did as governor of South Jeolla Province to foster cooperation between regions.

At the National Assembly, he met with a former vice parliamentary speaker and a former prime minister to seek their advice on running state affairs.