The 15-member council adopted the resolution adding a total of four entities and 14 officials to the sanctions list, including the North's Strategic Rocket Force. The United States and China drafted the resolution after weeks of negotiations.

The sanctions came after a series of successful missile tests by North Korea that demonstrated steady progress in its pursuit of various types of missiles, with an eye toward a nuclear-tipped intercontinental ballistic missile capable of reaching the U.S.

The resolution is different from previous ones in that it only expands the blacklist, rather than introducing new measures. The expansion could have been done by the council's North Korea sanctions committee, but the council held the vote to demonstrate the seriousness with which it takes the North's provocations. 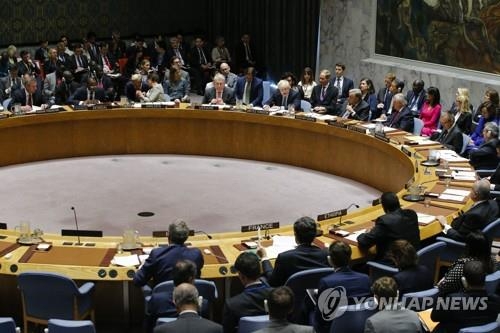