SEOUL, June 3 (Yonhap) -- South Korea voiced support on Saturday for a vote by the U.N. Security Council (UNSC) that will impose more sanctions on North Korean officials and entities after the communist nation carried out a series of defiant missile tests.

"Our government supports the UNSC's June 2 unanimous vote in adopting resolution 2356 in the face of continued ballistic missile launches by North Korea," Cho June-hyuck, the foreign ministry's spokesman, said in a statement.

On Friday, local time, in New York, the 15-member UNSC adopted Resolution 2356, adding a total of four entities and 14 officials to the sanctions list, including the North's Strategic Rocket Force. The United States drafted the resolution after weeks of negotiations with China.

Cho also said the government will continue efforts towards an "essential denuclearization of North Korea" by using all means necessary, including sanctions as well as dialogue.

The spokesman also urged Pyongyang to "cease provocations that put the Korean Peninsula and the peace of Northeast Asia at danger."

The latest addition brought the total number of those on the list to 53 individuals and 46 entities. Those who are blacklisted will be slapped with a global asset freeze and travel ban. 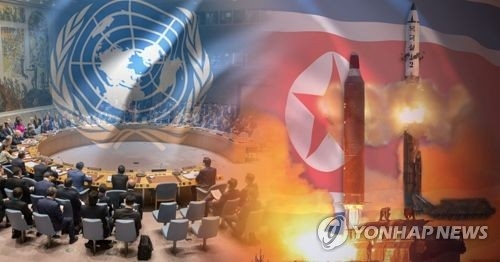