SEOUL, June 3 (Yonhap) -- Murder and violence cases stemming from neighbor disputes over floor noise are on the rise in South Korea, where approximately six out of 10 people live in apartments or row houses, according to government data and police on Saturday.

Earlier this week, a 50-year-old resident of a studio apartment in Chuncheon, Gangwon Province, was arrested on charges of killing his upstairs neighbor in his 60s and seriously injuring his son over noise complaints, police said.

The murder suspect identified only as Lee told police investigators that he attacked his neighbors while under the influence of alcohol after dealing with a lot of stress from noise coming from upstairs, where private gatherings were frequently held. 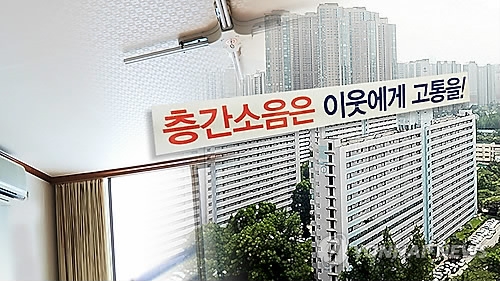 In Pohang, North Gyeongsang Province, a 40-year-old Korean-Chinese man and his Korean wife were booked on May 28 for wielding a deadly weapon and attempting to strangle their neighbor while bickering over noise.

In April, a Gwangju man was detained for destroying his neighbor's car due to a noise dispute, while two Busan men were booked after engaging in a fist fight for a similar reason, police said.

In July last year, a 30-something man living in an apartment in Hanam, southeast of Seoul, was arrested after killing his neighbor in her 60s and seriously injuring her husband due to noise.

The Floor Noise Management Center established under the Ministry of Environment said that it has received a total of 92,959 noise complaints from 2012 to March this year, or 74 per day and 1,524 per month. 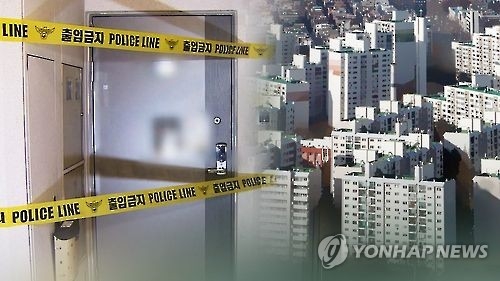 The number of residential noise complaints had more than doubled from 8,795 in 2012 to 18,524 in 2013 before topping 20,000 annually in recent years, the center said, noting as many as 6,226 complaints were registered in the first three months of this year.

The center analyzed that 71.9 percent of apartment noise is caused by children playing, with other factors including hammering at 3.9 percent, shuffling of furniture at 3.3 percent, home appliances at 3.1 percent and musical instruments at 1.9 percent.

"It is becoming increasingly difficult for the concerned neighbors to resolve their noise disputes by themselves. They'd better seek help from an apartment management office or noise management centers set up at local administrative offices," said a government official.