The Korea Federation of Small and Medium Business, or K-Biz, said its Chairman Park Sung-taek met with 25 regional SME business representatives in Yeosu, 455 kilometers south of Seoul, and exchanged views on the state of the regional economy.

"Business leaders said at the gathering on Saturday that while export figures were on the rise, the actual conditions for companies have not improved, and they are still struggling," K-Biz claimed.

Entrepreneurs said that the ongoing overhaul of local shipyards were still weighing down many SMEs in the South Gyeongsang region, with many trying to stay afloat.

Others said that while President Moon taking office on March 10 has had a positive effect on consumer and business sentiments, such changes are not being felt in terms of more demand and sales by local SMEs.

Some stressed that to overcome sluggish domestic consumption they had to turn to overseas markets such as Japan and India.

The umbrella business group then said that many companies are hoping that the new government will do more to help smaller companies grow.

"SMEs welcome talks on the possible creation of a dedicated ministry to support smaller companies," a representative said. He, stressed that entrepreneurs are keen to see what kind of assistance the new government will offer to companies.

They, in particular, said the policymakers should move from generally "championing" and do more for SMEs as pledged by Moon during the election campaign.

"An environment where hard-working SMEs will get their share of the profits must be created so the growth of smaller companies can be achieved," Park said.

He then said that companies must also take steps to make themselves more attractive for young workers and build necessary infrastructure for sustainable growth.

Besides calling for more assistance, SMEs welcomed measures to curb big businesses that use their superior positions to force unfair deals with smaller companies. 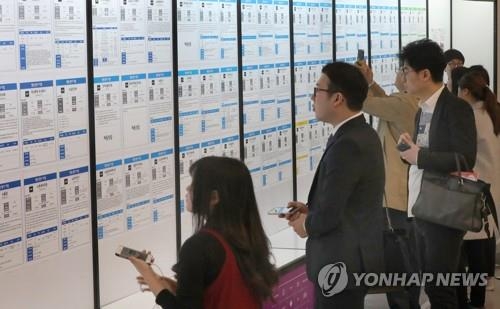 On the other hand, many have balked at moves to reduce working hours and raise minimum wages.

SMEs argued that raising wages will result in their wage-related burdens rising to over 81.5 trillion won from 2020 onwards.

Companies claimed that instead of only trying to raise wages, the government should do more to increase flexibility in the labor market as a prerequisite for more hiring.