Industry watchers said Samsung Heavy Industries Co. clinched deals worth US$4.8 billion coming into this year, which accounts for 74 percent of its annual target of $6.5 billion. The latest performance marks a sharp turnaround from last year, when Samsung failed to win a single contract in the first five months.

Samsung won a deal worth 2.9 trillion won (US$2.5 billion) to build a floating LNG facility by June 2022. The facility will be used in the Coral South Project, which develops gas wells in seas 250 kilometers northeast off the coast of Mozambique.

Hyundai Heavy Industries Group also successfully posted deals worth $3.8 billion in the first five months of this year, which is already 50 percent above its annual target of $7.5 billion.

Daewoo Shipbuilding & Marine Engineering won deals worth $770 million, falling behind its local rivals. The company has been facing financial challenges which have dealt a harsh blow to its normal operations.

Despite poor showing in the overall tally, it still marks a significant rise from $130 million posted a year earlier. Daewoo Shipbuilding currently aims to secure deals worth $5.5 billion this year. 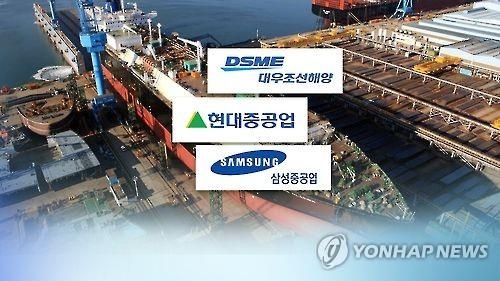 Shipbuilders set to commence recovery in 2017

Shipbuilders set to commence recovery in 2017