SEOUL, June 4 (Yonhap) -- The ruling and opposition parties were again set to clash this week in three separate confirmation hearings for top government and judicial officials, including a vice prime minister and the chief of the constitutional court, observers noted Sunday.

The three confirmation hearings are for Finance Minister-nominee Kim Dong-yeon, who will double as vice prime minister; Foreign Minister-nominee Kang Kyong-hwa; and the nominee for Chief Justice of the Constitutional Court Kim Yi-su.

The hearings for the two minister-nominees will be held Wednesday, while the hearing for the chief justice-nominee will last two days from Wednesday, according to National Assembly officials. 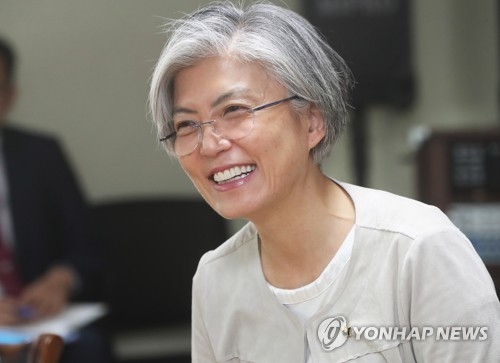 The new Cabinet members -- Kim and Kang -- do not require parliament's approval for their appointment. The chief justice nominee does.

No need to win parliament's approval, however, does not mean their hearings will just take their course, as strong opposition from political parties during a hearing may still lead to the withdrawal of their nomination.

The main opposition Liberty Korea Party and many others are already urging President Moon Jae-in to do just that, at least for some of his nominees.

Kang, for instance, has already been declared unfit for the top office at the foreign ministry for what the opposition parties call a wide range of irregularities that include false registration of address, suspected to have been done for real estate speculation.

The chief justice-nominee too stands opposed by the opposition parties, including the left-leaning People's Party, which earlier helped pave the way for the appointment of Moon's new prime minister, Lee Nak-yon. 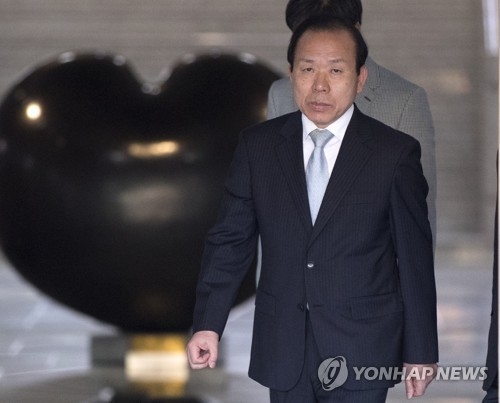 Kim, the chief justice-nominee, is accused of handing down rulings favorable to the government's military crackdown on the 1980 democratic movement in Gwangju, a city located some 300 kilometers southwest of Seoul, that left hundreds of people killed.

The three confirmation hearings come as a second round of battle between the ruling and opposition parties following their first clash in hearings for the prime minister and new heads of the Fair Trade Commission (FTC) and the National Intelligence Service (NIS), the spy agency.

The rival parties have so far failed to publish a joint report on the outcome of the hearing for the new FTC chief Kim Sang-jo.

The main opposition party is threatening to boycott all future parliamentary sessions should the ruling party and other minor opposition parties endorse the new FTC chief-nominee without its blessing.

Ruling, opposition parties set to clash over confirmation of nominees

Ruling, opposition parties set to clash over confirmation of nominees