The agreement came at a meeting between Defense Minister Han Min-koo and his New Zealand counterpart Mark Mitchell held on the sidelines of the 16th Asia Security Summit here.

The minsters were of the same opinion that the North's nuclear tests and missile launches pose a "direct threat" to the world beyond the Korean Peninsula, according to Seoul's defense ministry.

They strongly denounced Pyongyang for its continued ballistic missile firing.

"In addition, the ministers agreed to cooperate closely with the international community for the thorough implementation of relevant U.N. Security Council resolutions," said the ministry. 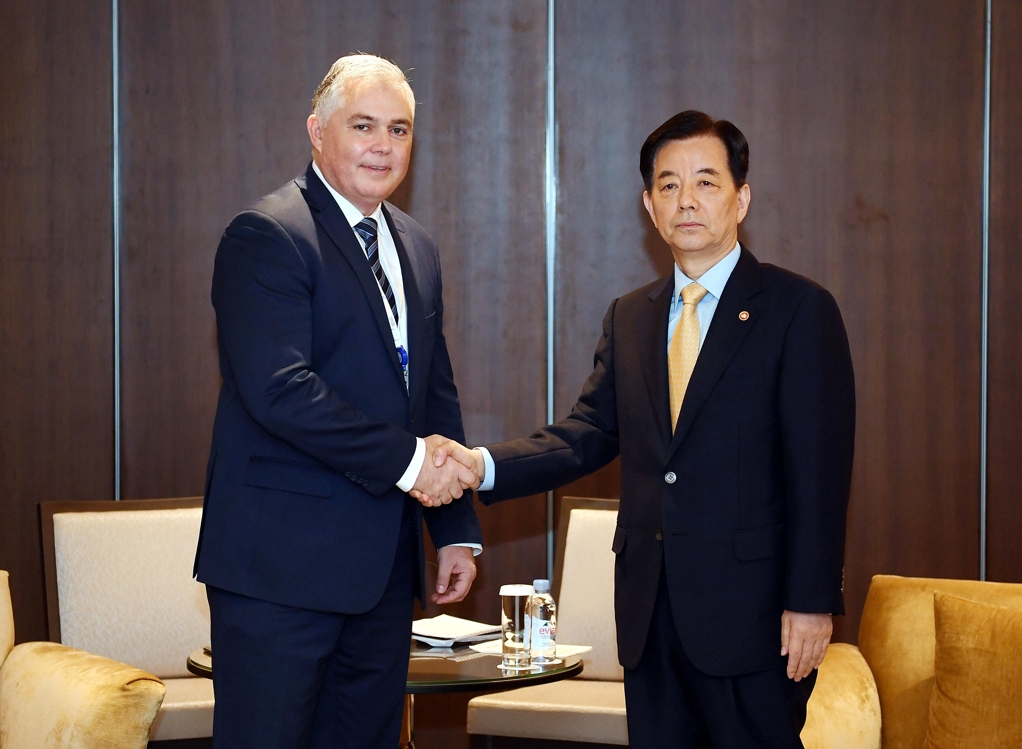 He also asked New Zealand to be part of the 6th Seoul Defense Dialogue, a vice defense-ministerial forum to open in Seoul in September.