SEOUL, June 4 (Yonhap) -- The cancellation of the free trade agreement (FTA) between Seoul and Washington will be more detrimental to U.S. companies than their South Korean counterparts, a local think tank said Sunday.

According to the Korea Institute for Industrial Economics and Trade (KIET), if the South Korea-U.S. pact (KORUS) is nullified by the Donald Trump administration, American companies that ship goods to South Korea will be required to pay more import duties, while local companies will be affected less.

"If the two-way FTA is scrapped, both Seoul and Washington must give most favored nation status to trading partners under World Trade Organization rules," the KIET said.

It pointed out that U.S. tariff rates that South Korean companies will be subject to will stand at 1.6 percent, while American firms shipping goods to South Korea will have to pay a minimum 4 percent in duties, because South Korea maintains higher overall rates.

"Taking this into account, U.S. exports to the East Asian country will be affected more than South Korean firms trading with the world's largest economy that already maintains low tariff rates," the state-run agency said.

In a simulation it conducted in 2015, South Korean shipments will fall $1.32 billion in the event of the KORUS FTA being terminated. On the other hand, numbers for U.S. firms will reach $1.58 billion.

KIET said that while U.S. firms will be affected more by the fallout, both countries will be hurt since consumer choices will be hurt. It said the inevitable dip in economic growth from less trade should be felt by both sides.

The research institute then argued that even if the FTA is retained with changes, South Korean exports will not be affected in any meaningful manner.

It pointed out that the weighted average tariff rates for manufactured goods that make up 93.4 percent of bilateral trade stands at a mere 0.1 percent for both countries. Because of the low number there is very little room for making adjustments.

On the issue of the U.S. trade deficit with South Korea, the economic institute said the root cause lies with the drop in American export competitiveness in certain sectors and a mutually complimentary economic structure.

"The two countries import goods that they do not make in volume, or are not really competitive in," KIET claimed. It stressed under such circumstances lowering import duties generally does not affect the balance of trade. 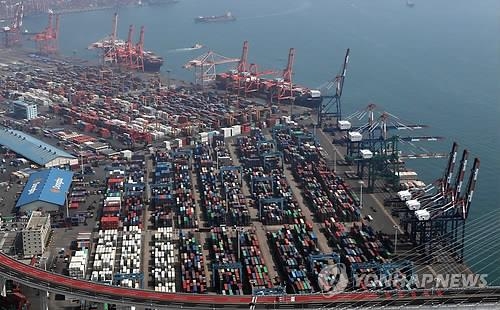