SEOUL, June 4 (Yonhap) -- The longest on-base streak in South Korean baseball came to an end at 86 games on Sunday.

Kim Tae-kyun of the Hanwha Eagles went 0-for-4 in a Korea Baseball Organization (KBO) regular season game against the SK Wyverns at Hanwha Life Eagles Park in Daejeon, some 160 kilometers south of Seoul.

Batting cleanup as designated hitter, Kim grounded out in his first three times up. Then in what turned out to be his final plate appearance of the day in the eighth, Kim hit a fly ball to left field.

The major league record for the longest on-base streak is 84 games by Ted Williams in 1949. 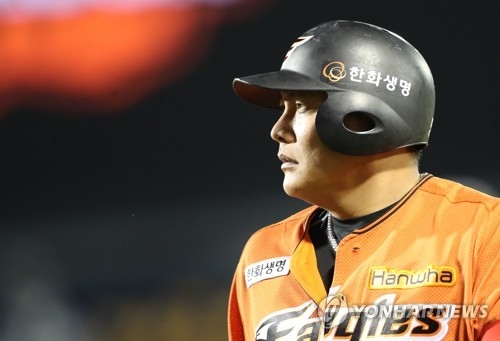