The North's Foreign Ministry made the statement earlier Sunday, calling the Security Council resolution "a crafty hostile act with the purpose of putting a curb on the DPRK's buildup of nuclear forces, disarming it and causing economic suffocation to it."

It also said the country "will not flinch from the road to build up nuclear forces" and vowed to continue to carry out ballistic missile launches "until the moment when the U.S. and its followers are brought to reason about the root cause and a solution to the nuclear issue."

"We call on North Korea to refrain from provocative, destabilizing actions and rhetoric, and to make the strategic choice to fulfill its international obligations and commitments and return to serious talks," State Department spokeswoman Anna Richey-Allen told Yonhap News Agency.

The Security Council adopted Resolution 2356 on Friday, blacklisting four additional North Korean officials and 14 entities, after Pyongyang carried out a series of successful missile tests that demonstrated steady progress in its pursuit of a nuclear-tipped intercontinental ballistic missile capable of reaching the U.S.

But it is different from previous resolutions in that it only expands the blacklist, rather than introducing new measures. The expansion could have been done by the council's North Korea sanctions committee, but the council held the vote to demonstrate the seriousness with which it takes the North's provocations. 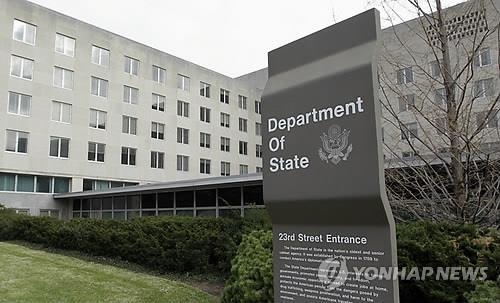