Kim fired a two-under 69 in the final round for a three-round total of 11-under 202 in her first victory of 2017. Nordqvist, two-time defending champion, also carded a two-under 69.

Kim is the seventh different South Korean winner on the tour this year in 13 starts. The LPGA has yet to see a multiple champion so far in 2017, and Nordqvist, who won in Arizona in mid-March, came up short in her bid to become the first. 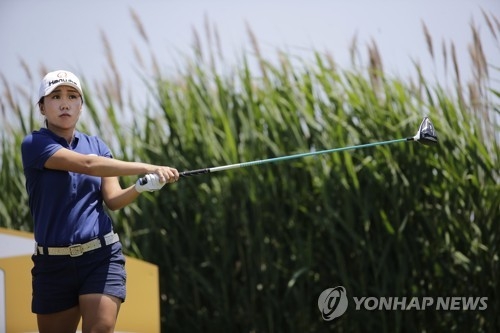 The 28-year-old had just played five tournaments prior to this one in 2017 and missed two cuts with zero top-10s.

Kim started the final round tied at the top with Paula Creamer at nine-under. Kim went out in one-under 36 to open a one-stroke lead, with Nordquivst lurking at eight-under at the turn.

Kim enjoyed a two-shot swing at the 10th with her birdie and Creamer's bogey. Creamer then committed another bogey at the 11th to fall further out of contention, but Nordquivst birdied both the 10th and 11th holes to reach 10-under, one behind Kim.

Playing in a group ahead of Kim, Nordquivst managed three straight pars to close out her round, including a two-putt par at the par-five 18th.

Kim also parred the rest of her way after the bogey at the 14th to close out a two-shot win.